WeWork, Coworking and The Disruption of Office Real Estate

Posted by Logan Reason in Advisor Blog on November 7, 2017

WeWork, Coworking and The Disruption of Office Real Estate 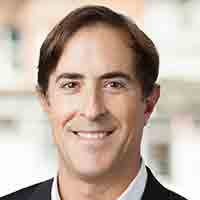 Together WeWork and the executive suite firm Regus lease nearly 80% of shared workspaces in the United States, totaling nearly 30 million square feet. But there are now hundreds of independent coworking operators in spaces of typically less than 15,000 square feet – much smaller than the typical WeWork location.

What explains the explosive growth of WeWork, founded only in 2010 and now operating 216 locations in 53 cities, 19 countries and with more than 100,000 members, as well as the rapid expansion of its smaller peers?

Even large corporations that want to give their employees flexibility and avoid or delay expensive capital investment in new office space are committing to significant coworking occupancies. For example, IBM recently leased an entire WeWork location of 70,000 square feet to serve 600 employees on University Place. Additionally, Microsoft just bought 300 WeWork memberships for its New York-based sales team that allows them to work in any WeWork location globally.

How is traditional office space disrupted?  Below are three examples:

As an expert in the real estate industry, I’m happy to connect via Guidepoint and speak further with you on a call about coworking and its effect on real estate.